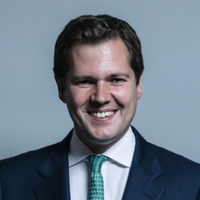 Secretary of State for Housing, Communities and Local Government

Robert Jenrick was appointed Secretary of State for Housing, Communities and Local Government on 24 July 2019.

Robert was Exchequer Secretary to the Treasury from 9 January 2018 to 24 July 2019. He was elected Conservative MP for Newark in June 2014.

Robert is also Ministerial Champion for the Midlands Engine.

Robert studied History at St John’s College, Cambridge and was Thouron Fellow in Political Science at the University of Pennsylvania.

Robert qualified as a solicitor in 2008 and practised corporate law at leading international law firms in London and Moscow before pursuing a business career. He held several senior financial roles at Christie’s, the art business, including International Managing Director prior to being elected to Parliament.

Private registrations up 43% in Q3 – NHBC