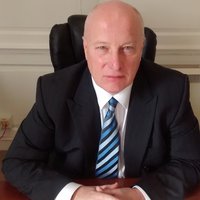 Ray Farrow has over 40 years experience in the Construction Industry and qualified as an Engineer in 1977.   Up to April 1983 he worked on major civil engineering throughout the UK and from 1983 he embarked on a career change and moved into the House Building Industry working for Welmar Homes, Salvesen Homes and Westbury Homes.  On leaving Westbury in November 1999 he had held the positions of both Building and Technical Directors.

In January 2000 he formed an Engineering Consultancy, TDS, and is the Chief Executive of TDS Holdings Ltd which has four Regional businesses providing a number of services to the Construction Industry throughout England and Wales with offices in Northamptonshire, Cheshire, Somerset and West Sussex. He is also a Director of a Self-Lay Water Company that makes water connection and lays water mains on commercial and residential developments.

One of the major aspects of his business is that he acts on behalf of the Home Builders Federation as an Advisor/Consultant on matters relating to Highways, Sewers, Flooding, SuDS and Utilities. His remit involves lobbying Ministers and MP’s on the above issues which affect the House Building Industry, as well as working with  a number of Government Departments and Industry Regulators in advocating the use of practical policies which can be used within the Industry.