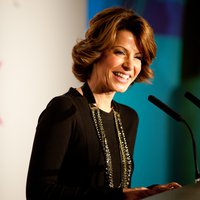 of Strictly Come Dancing. She then moved to the main evening news bulletins before a high

Kinnock, before moving into television. Her first role was to co-present a youth chat show on

ITV alongside Sacha Baron Cohen before moving to host the news in the Meridian region. She

then co-presented London Today and London Tonight with Alastair Stewart.

Having since presented all of BBC One’s main news bulletins, as well as broadcasts for

Channel 5 and ITV, Natasha has also co-hosted Children in Need, The Proms and New Year

Live for the BBC and appeared on Have I Got News For You. She also hosted the LWT