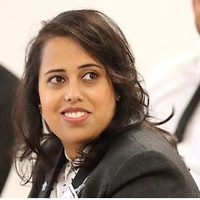 Manjeeta Pathak is an Assistant Site Managers at Redrow Homes Ltd. Responsible for the running of a safe site and maintaining Redrow’s ambitious build programme. Manjeeta has long known that a career in construction awaited her. Not deterred by her family’s expected career path, she represents an example both to individuals from ethic minority backgrounds and as a female in construction. Knowing she was joining what is still a male dominated industry, Manjeeta has already made a successful career, earning the respect of her colleagues, senior managers and skilled trades for her honesty, direction and enthusiasm. Manjeeta has an undergraduate degree in Architecture and Post Graduate degree in Project Management from City University and has been actively participating in City mentoring scheme since 2017. Manjeeta believes in gender equality and female participation in construction and has recently been awarded “Inspire Me “ award at CN talent awards 2018  for being a positive role model for not only young woman but anyone looking to make a career in construction.