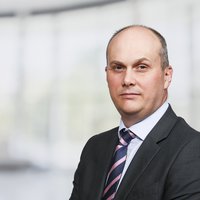 Lucian Cook is one of the country’s most authoritative housing market commentators, having been a director in Savills much-respected research team since 2007. As an industry figurehead he regularly presents on the UK housing markets and frequently appears on radio and television. At Savills he leads a team of 36 highly respected researchers. Collectively they cover everything from social housing to the prime markets of central London and development land to residential investment.

Private registrations up 43% in Q3 – NHBC