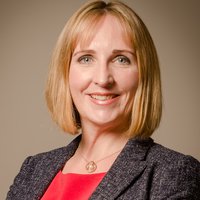 Lindsey Young is Chief Operating Officer at Clarkson Evans, the largest electrical contractor serving the new build housing industry. The company, which was founded as a ‘one-man-band’ in 1981, turned over £56m in 2018 and wired over 20,000 new homes across much of England and south Wales.

Lindsey joined Clarkson Evans 17 years ago in a junior administrator role shortly after graduating from the University of Birmingham with a Commerce degree. Her career path in the company has encompassed roles in HR and marketing, as well as overseeing the widely renowned in-house apprenticeship training programme which has produced over 400 qualified electricians in the last five years alone.

Today Lindsey’s role incorporates responsibility for HR, marketing and communications, apprentice training and health and safety but she also plays a key role in steering the overall strategy of the business.