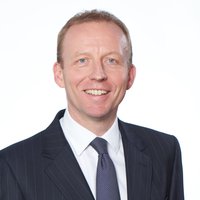 John Tonkiss became Chief Executive Officer in September 2018, having previously been the Group’s Chief Operating Officer. He joined McCarthy & Stone in February 2014 and joined the Board in October 2015.

Prior to joining McCarthy & Stone, John worked for ten years at the Unite Group, the UK’s largest provider of purpose-built student accommodation, becoming Chief Operating Officer in 2008. While at Unite, John helped introduced new models of investment and construction for student housing that transformed the sector, including pioneering a full Modern Methods of Construction approach, and he will be using this experience in the retirement communities sector.

John was also the Chief Executive of Human Recognition Systems, the UK’s leading biometric solutions provider, between 2012 and 2014.

John is responsible for executing the new transformation strategy that was announced in September 2018, having helped formulate it while he was Chief Operating Officer. The new strategy will establish a strong financial platform for the business and leverage the strategic opportunities in its services and product offering. The long-term vision is to create even deeper and longer relationships with our customers by transitioning the business away from being seen as a housebuilder to become the UK’s leading developer, owner and manager of retirement communities
Latest News
More latest news

Are Gen Z’ers the perfect apprentices?