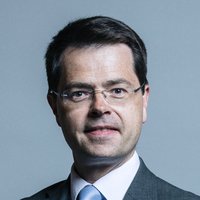 Secretary of State for Housing, Communities and Local Government

James was appointed Secretary of State for Housing, Communities and Local Government in April 2018 and prior to this, he served as Secretary of State for Northern Ireland from July 2016 until January 2018. Previously, James was a Minister at the Home Office, consecutively taking on the Crime Prevention, Security and Immigration briefs. Working with the then Home Secretary, James led on the negotiations that secured the deportation of Abu Qatada and oversaw the security operation during the London 2012 Olympic and Paralympic Games. His time at the Home Office also saw him take on oversight responsibility for a number of important agencies, including the Security Service (MI5), the Police Counter-Terrorism network, Border Force, UK Visas and Immigration and HM Passport Office, among others.

James is a Member of Her Majesty's Most Honourable Privy Council.

Before entering Parliament James practiced law for thirteen years at a large international law firm becoming a partner at the firm. In this role James advised a range of companies, businesses and financial institutions in the UK and overseas.

Prior to contesting the Old Bexley & Sidcup seat, James was the Member of Parliament for Hornchurch & Rainham (2005-2010); a member of the House of Commons Constitutional Affairs Select Committee (2005-6); and Shadow Minister for Crime Reduction (2006-10).