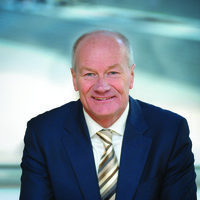 Bovis Homes chief executive Greg Fitzgerald began his building career on a YTS scheme as a trainee estimator with Midas Construction in the south west of England in 1982.

Fast forward ten years and he was forming Midas Homes along with other directors – selling the business to Galliford plc just five years later.

A brief period of semi-retirement lasted until April 2017 when he joined Bovis Homes, overseeing a transformation in the business’ performance as it reached 2019 as one of only three housebuildrers to leap two stars in a year in the history of the annual HBF Customer Satisfaction Survey results, while also recording record profits.