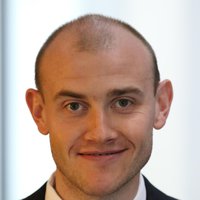 David O’Leary is HBF’s Policy Director. He joined HBF in 2013 and has led on a range of work including the development of policy proposals to address the long-term decline of SMEs in the sector, the implementation of a Workforce Census in 2017 and works on HBF’s engagement with the government on both housing supply and demand. Prior to joining HBF, David worked as an adviser to the Conservative Party on housing and at a London Borough, where he was responsible for housing and enterprise policy and government relations.

The challenges of the post-Help to Buy world

Changing the public perception of Help to Buy

Help to Buy – the great policy enigma of our time

HBF policy director David O’Leary discusses the reputation and standing of Help to Buy - why is it downplayed by supporters and criticised in the media?