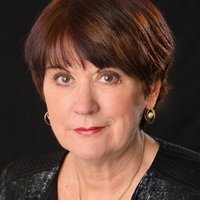 Dame Judith was Chair of the Health and Safety Executive from October 2007 to March 2016. She previously served as a health and safety commissioner between 2002 and 2005. She was made a Dame in the 2016 New Year Honours for services to health and safety and engineering, and in particular for being a role model for young women. She was awarded a CBE in 2006.

In April 2016, she was appointed as Chair of EEF, The Manufacturers’ Organisation.

Dame Judith is a chemical engineer and graduated from Imperial College in 1975. She worked in the chemicals manufacturing industry for 23 years before joining the Chemical Industries Association (CIA) in 1998. She became Director General of CIA (from 2002-2005) and then worked in Brussels for the European Chemical Industry Association (CEFIC).

She was elected as a Fellow of the Royal Academy of Engineering in July 2010 and currently chairs the External Affairs Committee. Dame Judith is a Fellow of the Institution of Chemical Engineers and was President of IChemE from May 2013 to May 2014.

Dame Judith is also Chair of Semta - the Science, Engineering and Manufacturing Technologies Alliance - and a non-executive director of the High Value Manufacturing Catapult.